Analogico by ADEL has launched a compact and fully automatic programmable film processor called the Dev.a. This $4,290 tabletop film processor targeted at photographers in a range of environments, from a pro lab with high capacity to a casual home user. 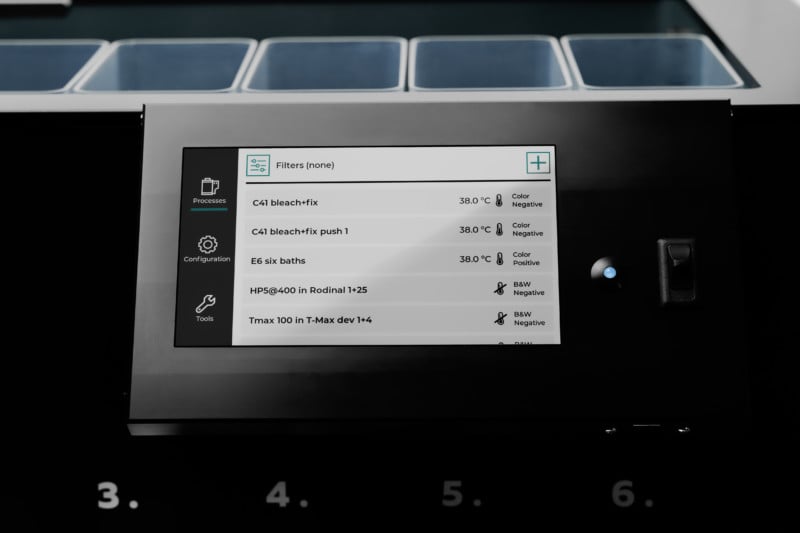 The Dev.a has six chemical bottles that allow the system to process up to six rolls of film at a time (35mm or 120) and reportedly can also run 4×5, 5×7, and 8×10 sheet films as well. It employs the use of a fully automatic rotary film processing system, which the company says is quite rare since devices of this nature have not been in large-scale production since Jobo ended its line of ATL machines back in the early 2000s. The only one other fully automatic film processor available anywhere else is the Filmomat 2020. 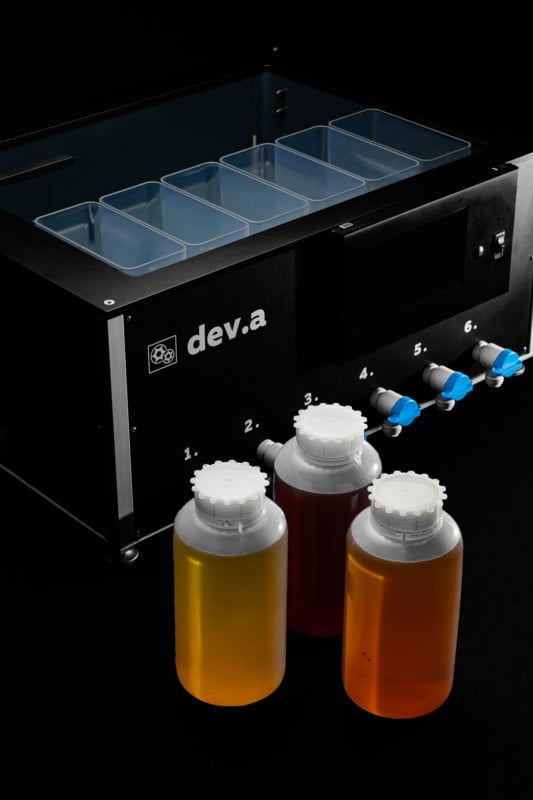 What should make this system unique and appealing to film shooters is its compact size. The Dev.a is small enough and efficient enough to fit in a small casual home user operation, yet the system has enough capacity and capability to be the backbone for a full-service photo lab. 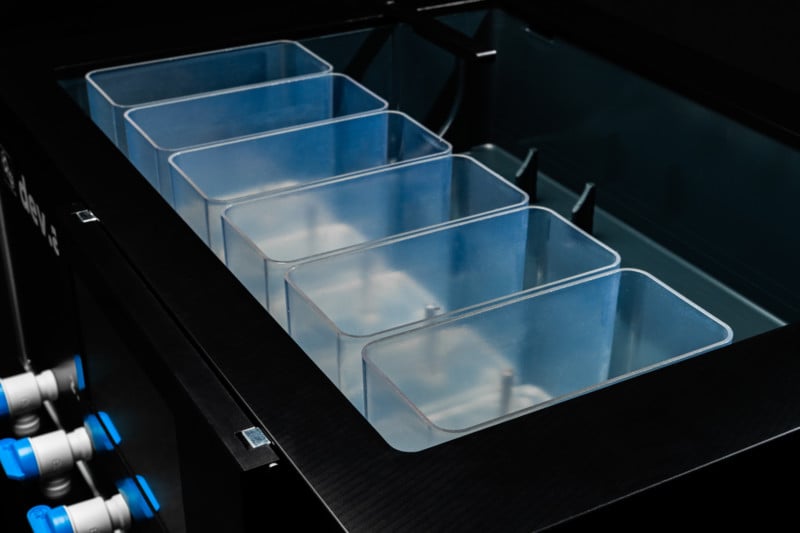 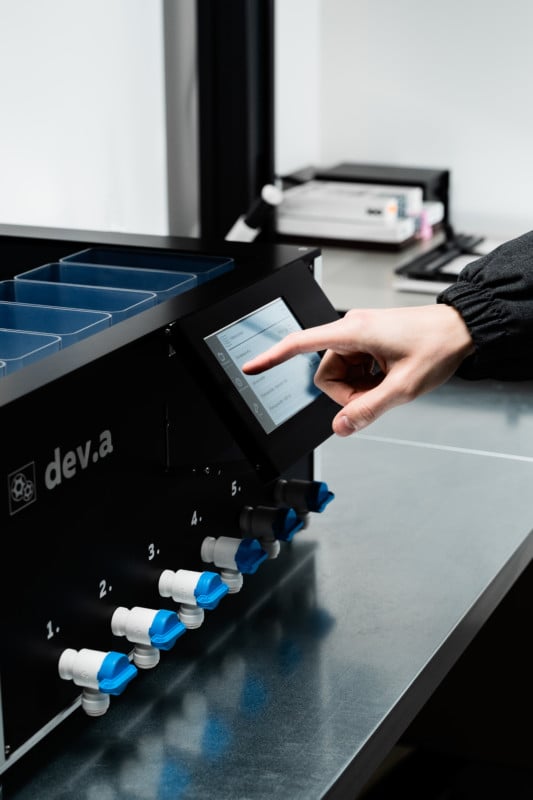 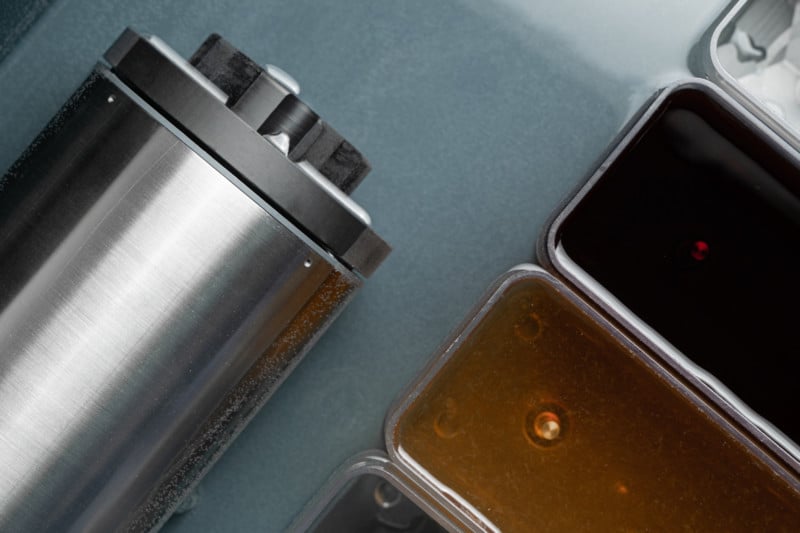 The device can cover both color and black and white film processing as well as both negatives and positives and uses six different chemistry tanks that each have their own taps on the front of the device to recover the chemistry mix. Alternatively, everything can be discarded automatically directly after processing using the same system. Water required for the washing steps can come from the spare chemistry tanks or from the water bath used for temperature control. 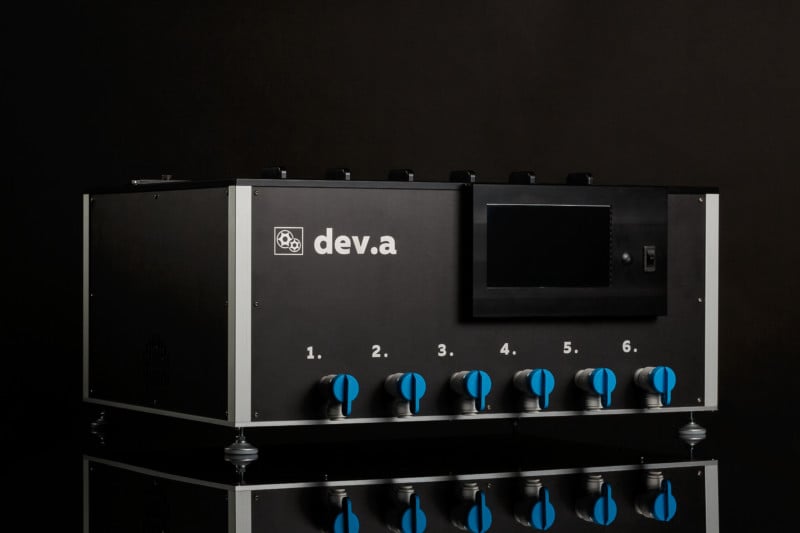 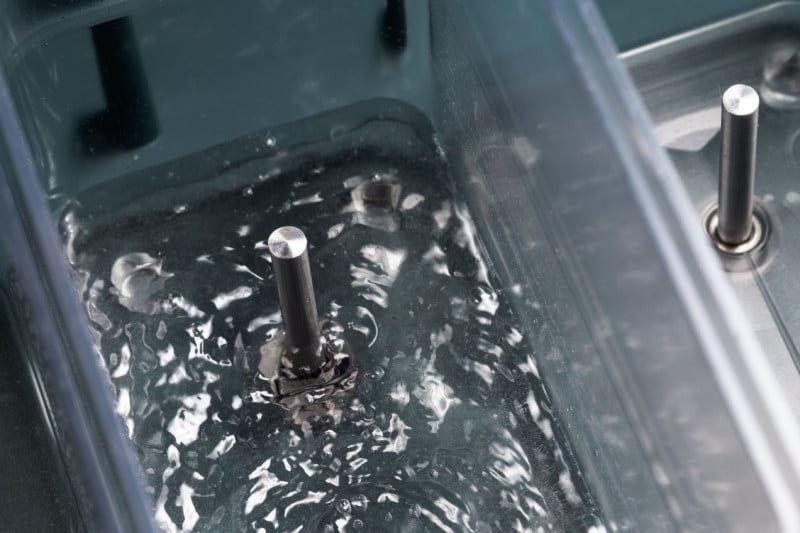 The water bath can be filled automatically if the machine is connected to a pressurized water source like a sink faucet or manually by pouring the water in the bath from a bucket or jug. The leftover water can also be repurposed in the automatic cleaning process. 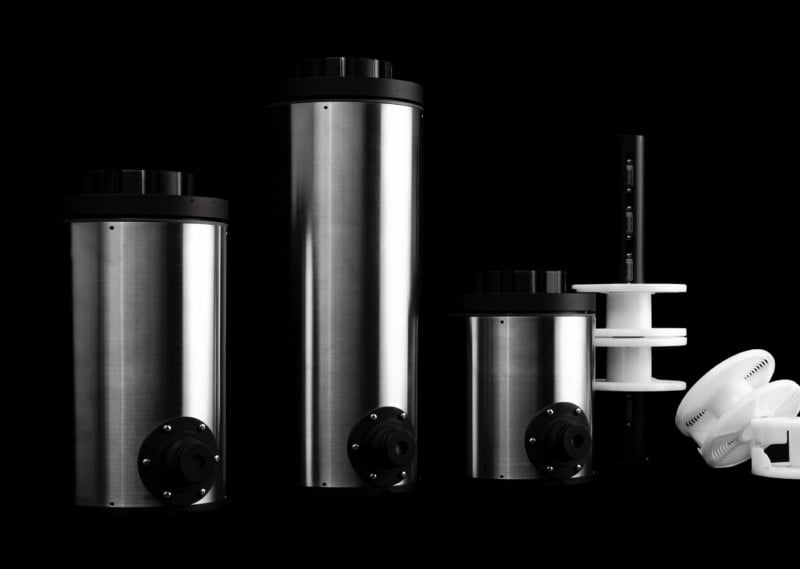 At the time of publication, the film tanks come in three different sizes to support any processing needs as efficiently as possible. Custom sizes are also available on request. The rotation for the film is accomplished by using magnets in the base of the inner column of the tank and mounted on a motor in the main system. All of this is controlled using a seven-inch touch screen display that comes loaded with a variety of presets along with completely customizable options using an on-screen virtual keyboard.

The Dev.a automatic film processor is available for $4,290 from the official product page here . Additional tanks cost between $249 abd $295 depending on the size.

What is Hyperfocal Distance and How Do You Find It?